Jökulsárlón, which literally translates to "glacial river lagoon", is a lagoon in southeast Iceland close to the town Höfn. It is located at the foot of Breiðamerkurjökull glacier, a side glacier of Vatnajökull glacier. Since July 2017 the lagoon has become part of Vatnajökull national park. This is after the government purchased the land around it turning it into public property. The lake has formed ever since the glacier started receding from the coastline. In the lagoon, you do not only find water, but also a lot of icebergs, which makes this place so magical. These icebergs come in all shapes and sizes, some of them big as houses and the smallest ones perfect to put in your drink. The ice drifts out to the sea and sometimes gets moved back to shore nearby. This is why the beach next to the lagoon is often referred to as the "diamond beach".

If you have time and a good eye you may also sea seals swimming and playing the lagoon. So remember to bring a camera but not to scare them. For your own safety please do not try to jump between the icebergs. There have been such cases in recent years and rescue squads and helicopters had to get involved. Having to save people who were stranded or stuck. The water is ice cold and falling into it can be dangerous not only for you but for the person trying to safe you. Many people want to take the perfect picture and forget that safety is at stake when jumping or falling from an Iceberg. Justin Bieber went swimming in the lagoon when he visited a few years ago. This is quite dangerous, since the water is ice cold and there are icebergs which make a rescue mission complicated.

You can reach the lagoon with a day tour from Reykjavik but you get more time along the way joining a multi day tour. Read more about that in our blog.

The most popular way to explore the lagoon is either with a rib boat or with an amphibian vehicle. Both tour are sold and operated right by the lagoon from a little cafe where you also find some basic services.

The lagoon has been featured in numerous movies and films in the last years:

A View to a Kill, 1985 with Roger Moore as James Bond diving through the lagoon in a submarine.

Tomb Raider (2001) where the area was supposed to be located in Siberia. You can even see a Siberian village built next to the lagoon. She then goes on to save a character portrayed by Daniel Craig who now portraits James Bond.

Die Another Day, 2002 again a James Bond movie but this time with Pierce Brosnan. For this movie the lagoon was frozen and a spectacular car chase over the ice was filmed.

Batman Begins (2005) where the lagoon is supposed to be in the Himalaya. Batman or Bruce Wayne is trained by Raz al Gul to become the dark knight. 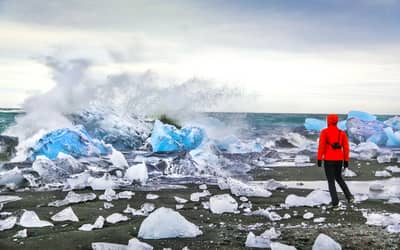 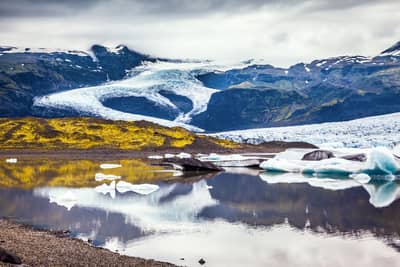 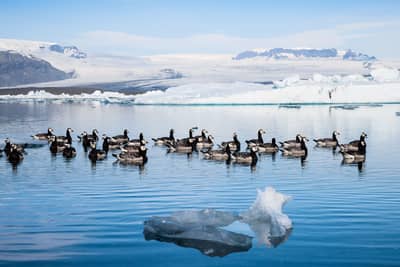 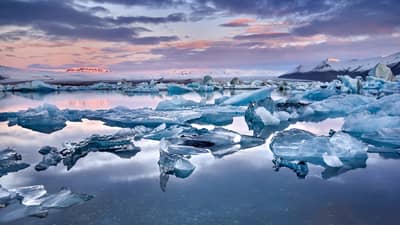 Private Tour to Jökulsárlón
Take this tour to see basically the entire south of Iceland in one day with your own driver and vehicle.
See More

Northern Lights Hunt
A 5 day tour in winter wonderland Iceland where, we visit the most famous places of the country and hunt for the Northern Lights.
See More