The city of
Borgarnes is about one hour North of Reykjavik. It depends if you take
“hvalfjarðargöng” ( the tunnel under the “whale-fjord”) since driving around
the Fjord adds about an hour to your trip. If you have the time we definitely
recommend it since it is a very scenic and beautiful drive along the fjord.
Right before reaching Borgarnes from the south you cross Borgarfjörður fjord on
Iceland´s second largest bridge.

The cities
harbour however has not been used for transportation for many years which turns
the bridge and roads into the main ways to and from the city. The city gets its
heating and warm water mainly from
hot spring which is only
about 30 minutes away.

With about
2000 inhabitants it is the biggest town of the municipality Borgarbyggð which
in total has almost 4000 inhabitants. The other towns belonging to Borgarbyggð
are: Bifröst, Hvanneyri, Kleppjárnsreykir, Reykholt and Varmaland.

The city is often the first stop on the way North after leaving Reykjavik. These stops are
usually very short at the local and big gas station. But the city has much more
to offer than just a short convenience stop.

In the center you find the settlement center. It houses two exhibitions, one about the
settlement of Iceland, and one about the Egils Saga, one of Iceland´s most
popular sagas. In the saga the town still has its old name “Digranes” and is
first inhabited by a man called Grani. Grani used to be a shipmate of
Skallagrímur, Egils father.  Skallagrímur being the name of the local
football club.

Another museum is the “museum Borgarfjörður” which focuses on the life of children in
Iceland in the 20th century. The museum uses both photographs and
objects to show us how life was back then. 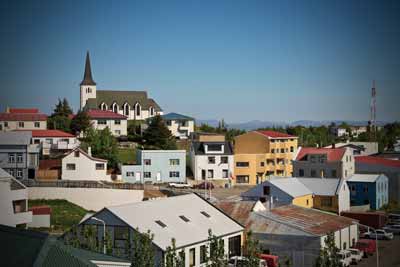 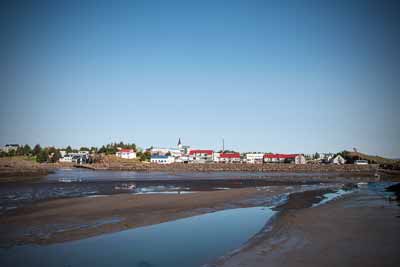